The Types Of Human Hair Wigs

Many people are using human hair wigs these days because they are available in a wide variety of products. Whatever lifestyle, budget or type of personality you have, there's always an ideal wig for you. Since there are so many wigs that are sold on the market, how would you know which among these is right for you? What you need to do is to learn about the various human wig types. There are three types of these human hair that you should know about and these are; the remy human hair, Indian human hair, Brazilian human hair. Let's get to know each of them.

Remy is hair which the cuticle is facing the direction in which it grew. There are many different categories that remy can full under and each one varies greatly. The highest of quality for human hair is virgin. This hair is unprocessed and was cut in the direction it originally grew in. Not all remy hair is virgin. Once virgin hair is chemically processed or colored, it simply becomes remy and is no longer virgin. 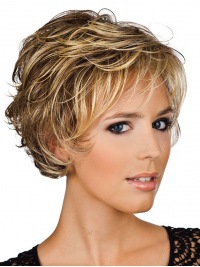 The term remy itself is often misused today in the industry to lure those interested in lace wigs. Some remy is processed with harsh chemicals after being collected from mass hair collectors in China and other Asian countries. Only the finest of humanhair is collected by a single collector who extracts the hair directly from the donor being careful of damaging the cuticle.

Indian human is the most popular and produced lace wig hair. Indian human can come in a variety of colors and lengths. Since most Indian's have very dark colored tresses, hair marketed as virgin cuticle hair should also be the same color. 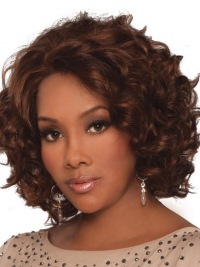 Indian texture is so popular because it is versatile for different cultures. It is thick enough without tangling easily for many African-Americans while it has a very soft wave to mimic some European tresses. Culturally, Indian women grow their hair very long so the process of collecting virgin Indian human hair is very easy.

Brazilian human hair is fairly new but catching on fast. This texture is soft and rather thick like Indian hair but is more versatile in color choice. The hair has a softer wave and is slightly finer. 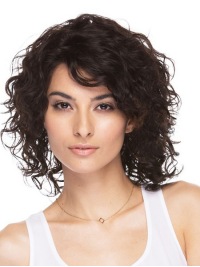 Many African-American lace wigs are being made with Brazilian human hair. The colors of virgin hair offered are typically dark brown, off black, light brown and medium blonde shades.